Got camera controls working today, which involved mapping input from screen space to world space for each viewport in turn. The user can manipulate the active viewport, indicated with a red border, allowing them to pan, zoom and rotate the camera. 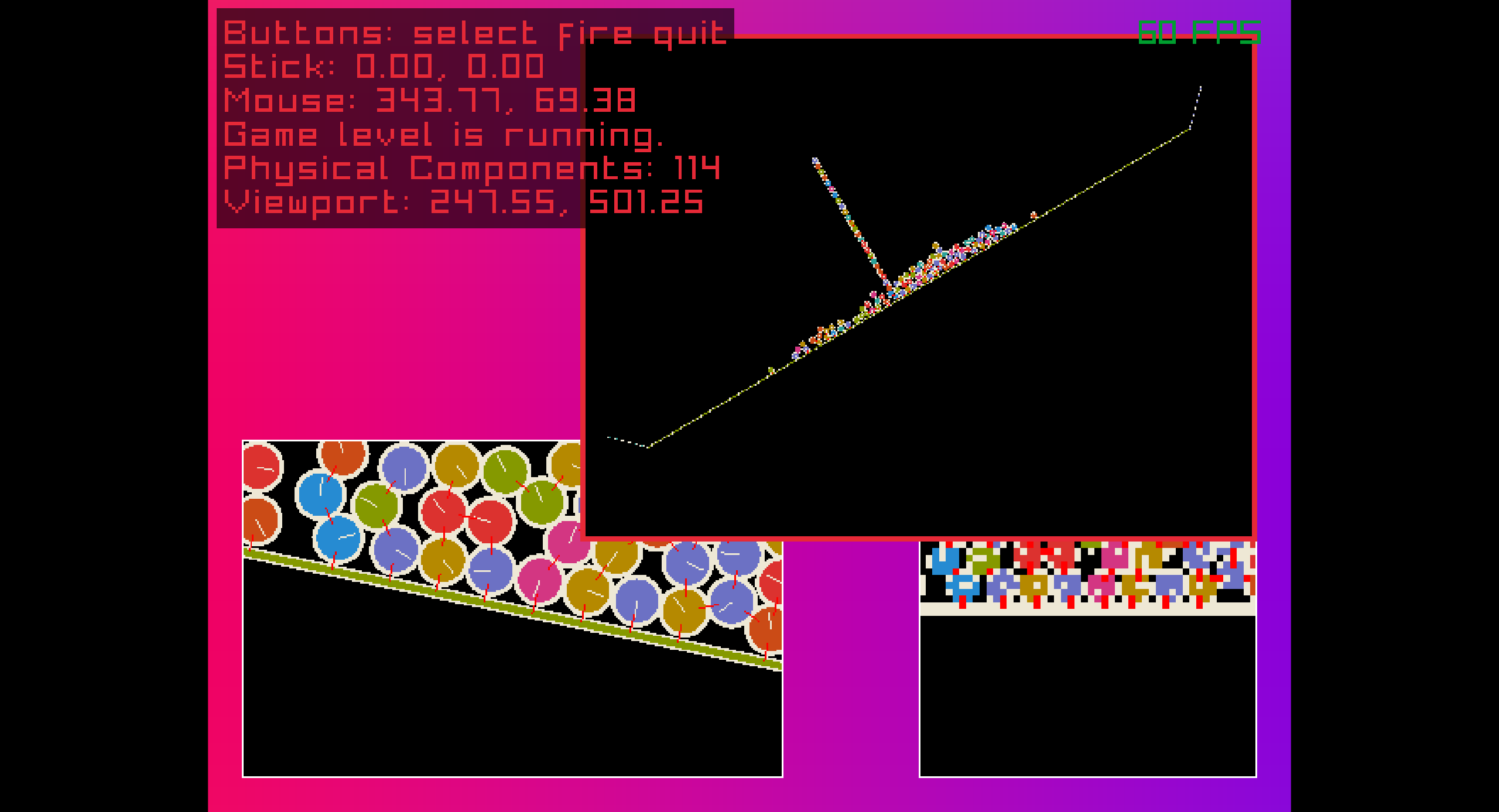 The user can also spawn balls by holding the mouse button, as evident here, with a stream being dropped in the top viewport, which has the camera rotated at an angle. Note the Viewport item in the debug display that shows the world co-ordinates of the mouse for the selected viewport, which is where the balls are being created.

All of this is working well. Like I mentioned previously, I want to add proper texture rendering soon, as well as collision callbacks, and I also have a bit of refactoring to do to tidy up the code. I don’t expect to get a lot done during a very busy weekend, but hopefully I’ll be at a point come Monday where I can start focusing on turning this into a very simple four-player space shooter proof-of-concept that I’ll be able to ship as the first pre-alpha early access release this time next week.