So it's February, my intended launch window for Oakseer. Actually that's not true, it was scheduled for much earlier but as Gandalf said, I was delayed. Balrogs or not, it's time for the game to ship!

The game is going to appear on itch in the next few days. It's got plenty of action, story, music, animations, combat, and boss fights - it should be a fun little adventure for anyone who likes pixely-shooty-story kind of games. But it's also got bugs. I swear I didn't try to put them in there, but playtesters keep finding them. Some are harmless, maybe even funny. Some though, are where I say "Oh that should not happen. How...how is that even possible?". These are the kinds of bugs that break the game, that mean you can't progress, and are in no way the player's fault. They're not common, they're mostly ironed out. But they're there.

These are the bugs that make me not want to release the game at all. 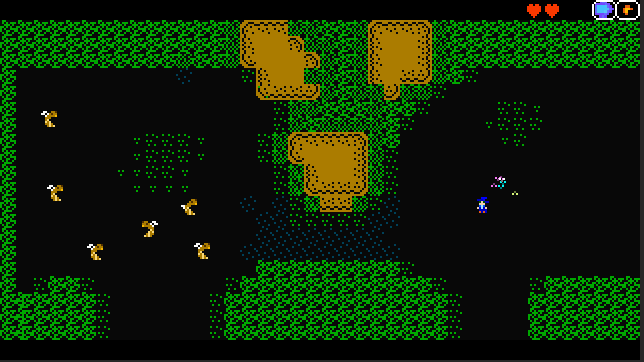 Turns out Tris would rather hang out with the butterflies than the bees. Wise.

The thing about perfection is, as the Cult of Done would attest, is that perfect is the enemy of done. I will release the game (after some final cleanup) and it will be done. It won't be perfect. It will of course be updated throughout the month - improvements, additions, fixes.

Because "Done is the engine of more." 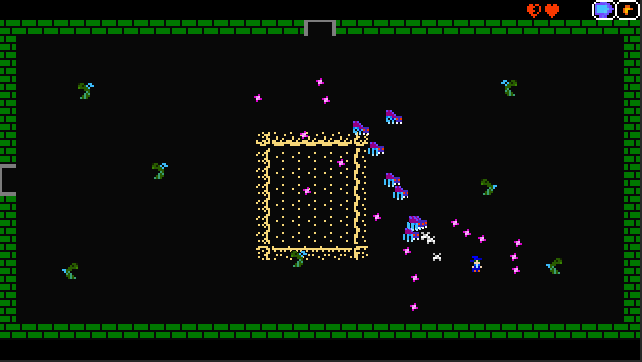 I decided that some bees would team up with the evil spiders. But only ghastly greenish coloured ones.

There will be a full announcement when the game releases later in the week, so stay tuned. For now, I'm tidying up a few rough edges and ironing things out to deliver a splinter and wrinkle free adventure!*

* May contain both splinters and wrinkles.